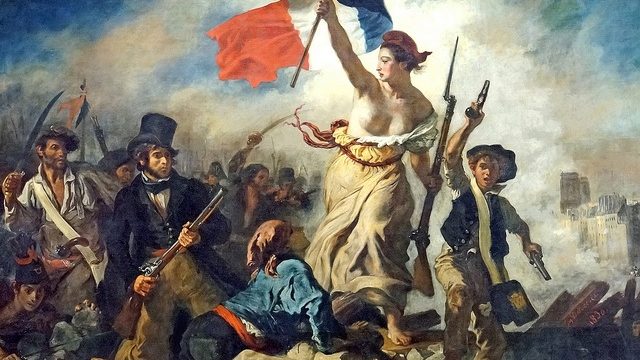 The History of France is long.  People have lived in France since around 40,000 BC. By 6,000 BC there was scattered farming and by 1,000 BC the Celts arrived from the East. They brought druids, warriors and craftsmen, and they shared the land with existing farmers.

This region became known as Gaul and included land that was to become part of Belgium and Switzerland. The language used was Gaulish which was similar to modern-day Breton, Gaelic or Welsh.

The whole territory was conquered in 51 BC by Julius Caesar in the Gallic Wars.

The Country of the Franks

As the Roman Empire crumbled, the Franks – a Germanic people under King Clovis – conquered the region and it became known as “Francia”, the country of the Franks.

Over the next 500 years the French language developed from Vulgar Latin mixed with Gaulish and some German. Around 1000 AD, King Francien made French the official language of the country.

Towards the end of the ninth century, Viking raiders (known as Norsemen) raided consistently along the north coast of France. Becoming bolder, they even sailed up the Seine and sacked Paris.

In AD 911, the Frankish King Charles the Simple, in an effort to stem the raids, offered the Norseman land in northern France in return for token obedience to the Frankish crown. The term “Norsemen” slowly contracted locally to “Norman” and this name has stuck ever since.

This is a period in the history of France when the country grew and prospered although control of the country was frequently in dispute from other dynasties particularly England. Much of this emanated from the English Monarchy’s Norman and Plantagenet roots.

Frequent wars took place between these two dynasties most notably the Hundred Years’ War (1337 to 1453) which, at times, seriously threatened the country, devastated parts and caused thousands of deaths.

A bubonic plague (The Black Death) in 1348/49 further exasperated French problems. Later Joan of Arc, the famous young female martyr, inspired France on to victory and, eventually, England was forced out of the country. 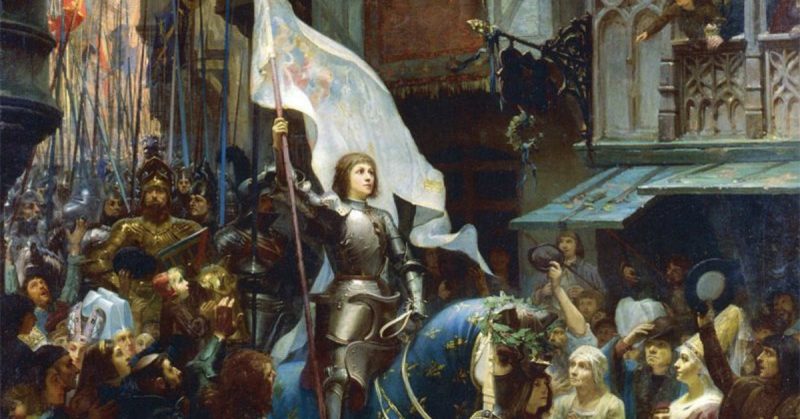 During the Renaissance, especially from the mid 15th century onwards, France flourished culturally and economically.

In 1494, having invaded Italy and seeing its cultural wealth, King Francois I invited Leonardo de Vinci to his court in France. He was also charmed by the art of the Netherlands.

Louis XIV and the Age of Enlightenment

From 1562 to 1593 the Catholics and Protestants battled in the Wars of Religion until the Edict of Nantes (1598) granted the Huguenots (Protestants) substantial religious, political, and military rights.

However, Louis XIV gradually increased persecution of the Huguenots and with the Edict of Fontainebleau (1685) ended any legal recognition of Protestantism in France. He forced the Huguenots to convert to Catholicism or flee in the face of violent military terrorism.

Louis XIV had grandiose plans.  At home he had the Palace of Versailles built but in foreign affairs his expansionist plans were largely curtailed by some stunning victories over the French Army by the Duke of Marlborough at the battles of Blenheim (1704), Ramillies (1706), Oudenarde (1708) & Malplaquet (1709).  However, Louis XIV did manage to wrestle the Spanish Crown from the Habsburgs for his family, the Bourbons.

The reign of Louis XIV saw the dawn of the age of enlightenment. There was the philosophers Voltaire and Rousseau; there was poetry and romance. France enjoyed a rebirth of art, music, drama and literature. 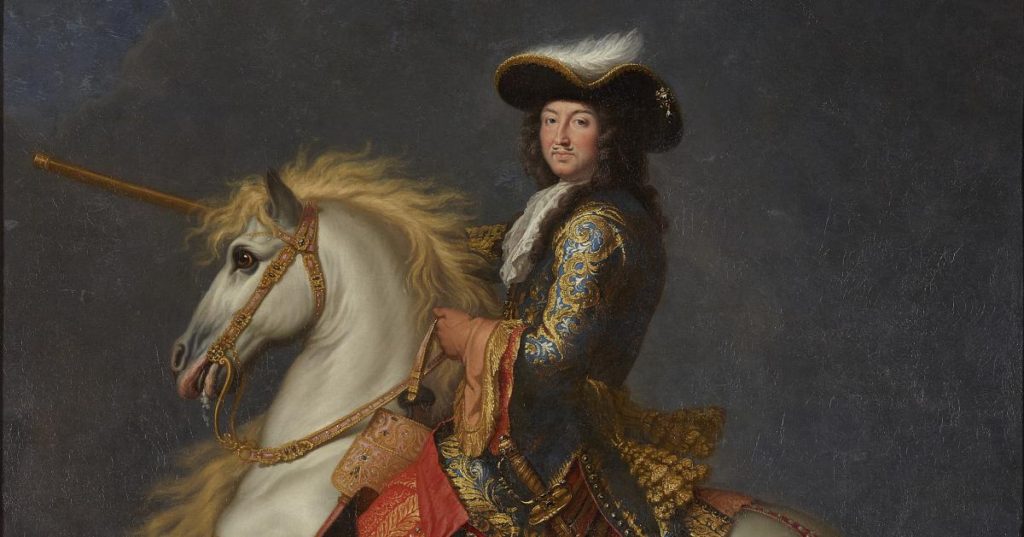 The History of France is somewhat dominated by the French Revolution of 1789 with the removal of the monarchy. By 1792 France had declared war on Austria and Louis XVI was seized while attempting to flee France.

By 1794, 30,000 French men and women had been murdered (2,400 people in Paris alone) in an attempt to prevent rebellion (or counter-rebellion) through the use of the guillotine whilst total deaths from civil unrest during this period has been estimated at over quarter of a million. 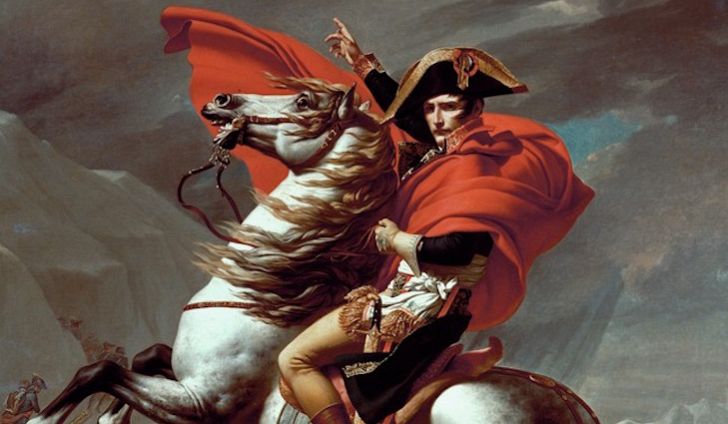 Napoleon Bonaparte, a Corsican and military genius, became Emperor of France in 1800 and conquered almost all of western Europe. He planned to invade and conquer Britain but Nelson’s victory at the Battle of Trafalgar in 1805 ended that plan.

In 1814 the Bourbons, with the help of the allies overthrew Napoleon’s regime and returned to power. Napoleon then escaped from his enforced exile in Elba but was finally beaten by a British-led Allied Army at Waterloo in 1815.

The re-born Bourbon monarchy did not last long. In 1848 Napoleon’s nephew, Louis, became emperor and was renamed Napoleon III.

Under the Napoleons, France established a sizeable overseas Empire; with colonies in the West Indies, South America and west Africa.

France also added two islands off the coast of Newfoundland, Miquelon and Saint-Pierre; and Mayotte and Reunion in the Indian Ocean.

Some areas in India, Algeria, Tahiti, and the Marquesas were added and France went on to colonise French Equatorial Africa and finally Vietnam.

The Country enjoyed a resurgence of the arts during the early 1900s. Paris became a great cultural and fashion centre as the wealthy elite came in their droves to experience the capital’s artistic offerings and to visit the bawdy cabarets and romantic cafes.

Contrary to traditional French policy and against many politicians of the day, Clemenceau sided strongly with Great Britain and warned France to be wary of Germany.

He was proved right; Germany declared war on and invaded France coming through Belgium with the aim of capturing Paris. Paris was saved when the Germans were ambushed by the French and the British just north of Paris at the River Marne.

One tenth of the French population was killed or was posted as missing during the war, more than Britain or Germany. After the war ended, Clemenceau demanded at the Treaty of Versailles that Germany should be disarmed and harshly punished. 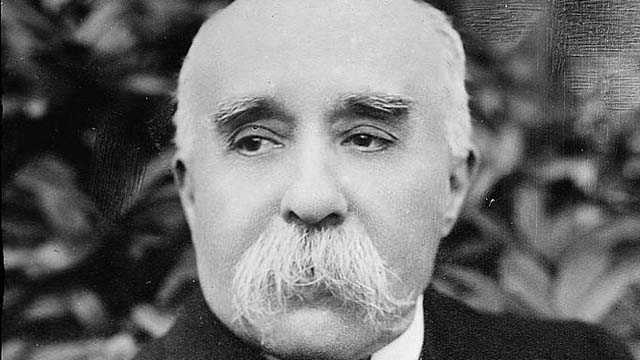 In May 1940 Germany invaded France again and, this time, France capitulated. Germany occupied the country from 1940 to 1944 and used France as a base against Britain.

this was a sad period in the history of France. Much of France came under the Vichy government, a “pretend” government under German orders with a “puppet” leader, Marshal Petain, based in the town of Vichy.

French general, Charles De Gaulle escaped to Britain and led the Free French against Germany. As the D-Day campaign unfolded France was liberated and De Gaulle led the French into Paris.

In 1945 De Gaulle became head of the French government. Economically, France was weak with over a quarter of the country devastated. The economy needed reconstruction with food and fuel in short supply. Additionally their empire was falling apart. 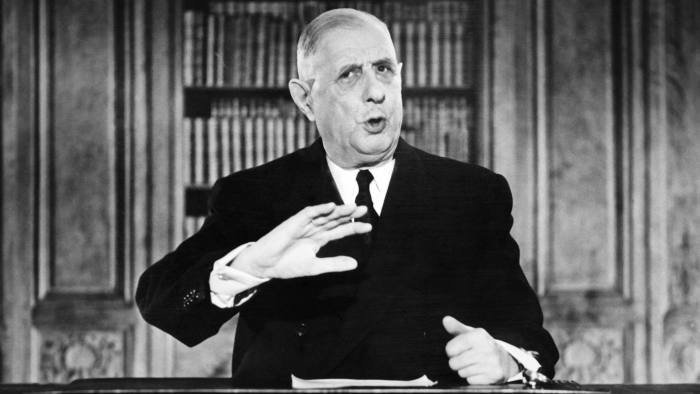 Charles de Gaulle broadcasting to the nation as President of France

France became one of the founding nations of the European Union in 1957. With their economic woes and a general feeling of avoiding future conflicts with Germany this was an understandable step for them.

A Brief History of Jersey