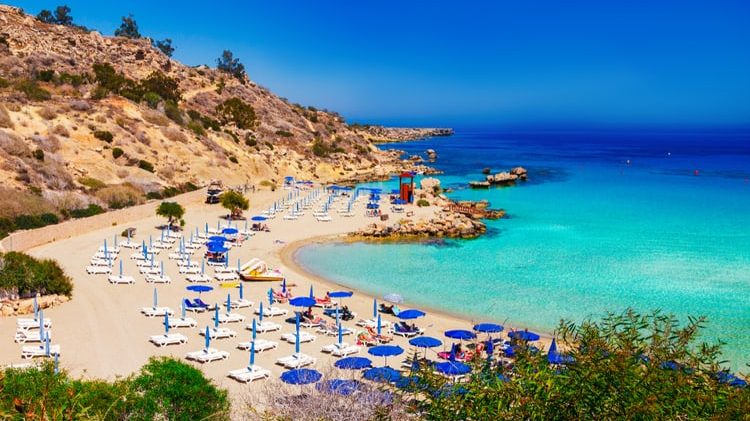 The Island of Cyprus is renowned for very early human activity from around the 10th millennium BC.  It also has archaeological remains from the Neolithic period. And it is the home to some of the oldest water wells in the world.

Cyprus was settled by Mycenaean Greeks in two waves in the 2nd millennium BC.

Because it has such a good strategic location in the Middle East, it was subsequently occupied by several major powers. These include the empires of the Assyrians, the Egyptians, the Persians, the Greeks, the Romans, and the Venetians. After this, the island was ruled for three centuries by the Ottomans from 1571 until 1878 when it was placed under British administration before becoming a British Colony in 1914.

Then on the 15th July 1974, a coup d’état by Greek Cypriot nationalists and elements of the Greek military junta attempted to incorporate Cyprus into Greece. This led, the following month, to the Turkish invasion of Cyprus causing the displacement of over 150,000 Greek Cypriots and 50,000 Turkish Cypriots.

A separate Turkish Cypriot state in the north was established by unilateral declaration in 1983 (only Turkey recognises this State) a move widely condemned by the international community who consider the northern part of the island to be part of the territory of the Republic of Cyprus.

The Republic of Cyprus is a sovereign democratic nation that has been a member of the European Union since 2004. The currency is the Euro. Around 3% of the island comprises two British Overseas Territories of Akrotiri and Dhekelia which are administered as British Sovereign Base Areas by the British Ministry of Defence.

A Brief History of Jersey