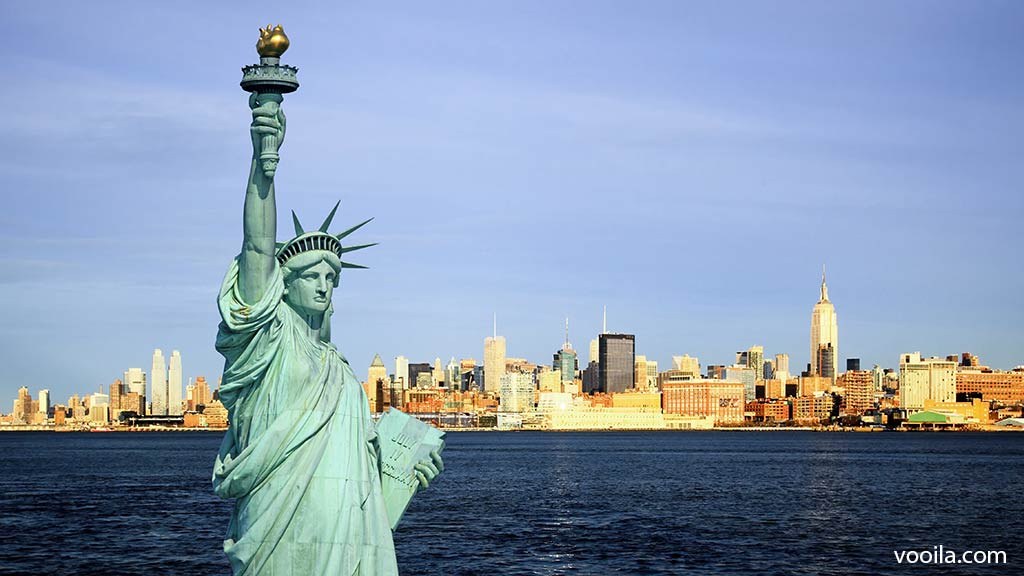 The area today known as the United States has been inhabited since prehistoric times by Native American peoples often referred to as Indians or Plains Indians.  From the late 15th century onward, Europeans increasingly sought to establish colonies in North America.

By the time Jamestown in Virginia was established by the British in 1607 to become the first successful British colony in North America, St. Augustine in Florida, founded by the Spanish, was already 42 years old. It was not destined, unlike Jamestown, to succeed as it suffered desertion, disease and Spain’s inability to support it as a colony.

Meanwhile in 1620, English Puritans (the so-called Pilgrim Fathers aboard the Mayflower), who were non-conformists or dissenters from the Church of England set up the first colony in New England.  They founded Plymouth Colony in what was later to became Massachusetts. By 1733, British settlers had founded 13 colonies along the Atlantic Coast, from New Hampshire to Georgia. Colonists arrived from other European countries, but the British were always the better established.

On 4th  July 1776, the thirteen British colonies declared their independence from Britain and named themselves The United States of America.  The Declaration of Independence was primarily authored by Thomas Jefferson while George Washington – a renowned hero of the American War  of Independence – became the first President of the United States under the country’s new constitution. The nation celebrates it’s birthday each year on the 4th July – Independence Day.

Native Americans suffered greatly from the influx of Europeans. The transfer of land from Indian to European (later American) hands was accomplished through treaties, wars and coercion.  The Plains Indians had to constantly give way as the incomers moved increasingly west.

The Declaration of Independence: the Committee of Five presenting their draft to the Second Continental Congress in 1776

During the 19th and 20th centuries, 37 new states were added to the original 13 as the nation expanded across the North American continent and acquired a number of overseas possessions.  The national flag, often referred to as the Stars and Stripes consists of 50 stars representing the 50 states of the country.  There are 13 stripes which represent the thirteen British colonies that declared independence from Britain and became the first USA states.

A number of new states were created as a split off from existing states.  But the big increase came with the Louisiana Purchase. Later there were further acquisitions from Mexico (Texas, California, New Mexico and Arizona) following the Mexican-American War. 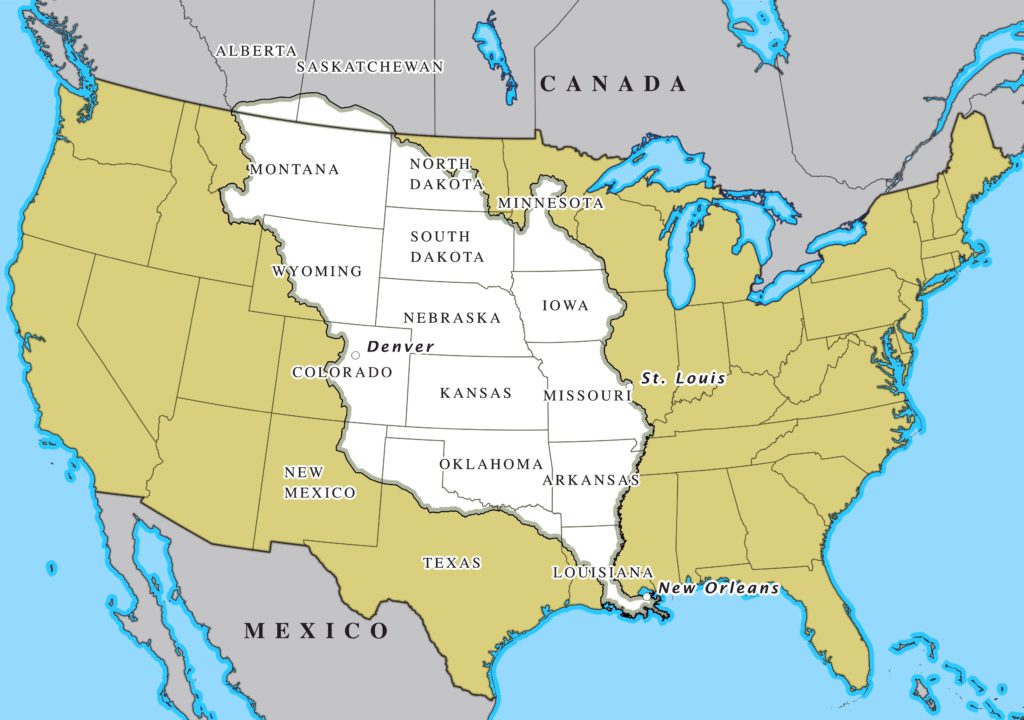 Territory acquired by the Unites States in the Louisiana Purchase

In 1803 the USA agreed to purchase from France the Louisiana territory which, including New Orleans, cost $15 million.  Part of the land acquired had been held by Spain but had been forced to cede it to France during the Napoleonic Wars.  Spain was less than happy that land given to France was then sold by France to the USA.  But, with both France and Spain at war with Britain, they did not have the resources to dispute the deal.

This acquisition of approximately 827,000 square miles was essentially for the land lying between the Mississippi River and the Rocky Mountains.  The deal doubled the size of the United States and would allow them to push their frontier on towards the Pacific Ocean.

The purchase was followed by the Lewis and Clark Expedition (also known as the Corps of Discovery Expedition) from May 1804 to September 1806  which set out to map and document much of this new territory.  It was also tasked with finding a route to the Pacific through, what is today, the north west of the country.

By doing this America established a presence in this north west territory before Britain (or other European power) tried to claim it.  This was important because the border between the USA and British-owned Canada had still not been resolved.  However the border was settled in 1814 following the inclusive War of 1812 between Britain and the USA. 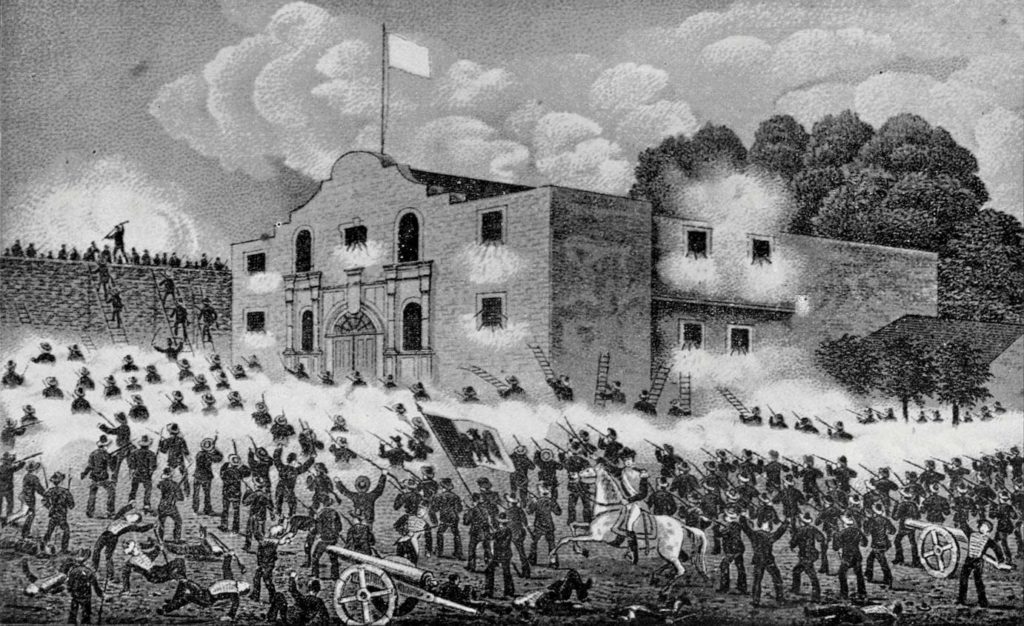 Following Mexico’s independence from Spain in 1810, the new country had fewer resources with which to maintain its ambition in its northern region.  This area included Texas and parts of California.

The Americans saw Mexico’s weakness as an opportunity to extend their territory in that region.  In 1845, newly elected U.S. President James K. Polk, saw the annexation of Texas as the next step towards a further expansion of the United States.  He sent troops to this disputed area and a diplomatic mission to Mexico. When Mexican forces attacked the U.S. troops, the United States declared war.

US forces quickly occupied much of the region pushing down to the the upper Rio Grande and occupying the Pacific coast province of Alta California.

The US Army under Major General Winfield Scott went on to capture Mexico City resulting in the 1848 Treaty of Guadalupe Hidalgo.

This treaty resulted in Mexico’s handing over their northern territories of Alta California and New Mexico to the United States.  In return for the US paying $15 million compensation and assuming Mexico’s $3.25 million debt already owed to US citizens,  Mexico acknowledged the loss of what became the State of Texas and accepted the Rio Grande as its northern border with the United States.

This conflict gives rise to the legend of Davy Crockett and the Alamo. The Battle of the Alamo in February & March 1836 was a pivotal event in the Texas Revolution which was a rebellion by US colonists in Texas against Mexican control.  Following a 13-day siege, Mexican troops reclaimed the Alamo Mission near San Antonio killing all of the Texan soldiers inside the fort.

Arguably the most traumatic event in the nation’s history was The Civil War, also known as The War Between the States. It was fought between the United States of America and the Confederate States of America.  The latter were a collection of eleven southern states that left the Union during 1860 and 1861 and who formed their own country under a separate government.

There were a number of causes of the civil war.  There were differences between northern and southern states on slavery, trade, tariffs, and states’ rights. The Confederate States were eventually defeated in the spring of 1865.

The brutality of this war resulted in over half-a-million American fatalities and nearly as many wounded in action. It was also the backdrop for the assassination of President Lincoln who was shot by John Wilkes Booth, a Southern sympathizer, in a futile gesture after General Lee had already surrendered his Confederate Army of Northern Virginians. 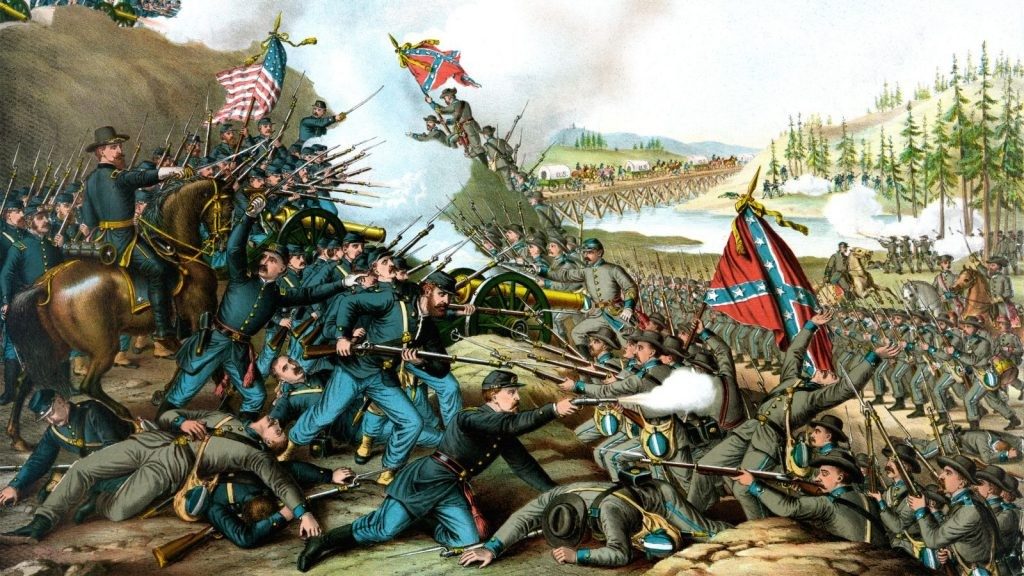 The USA’s ambition to become a world power was not dimmed by the Civil War.  Within ten years they had sufficient confidence to intervene on behalf of Venezuela against Britain, the world power at the time,  in a border dispute with British Guiana.

This was period when the USA purchased Alaska from Russia for $7.2 million and when Hawaii ceded itself to the USA.

By 1916, the British who were largely funding the allies war against Germany, was running out of money.  American banker JP Morgan arranged American financing for the British who remained in debt to the USA for the rest of the century. This was the stepping stone for the USA to usurp Britain as the dominant financial power.

In 1917, the United States entered the war due, in part, to Germany’s  policy of unrestricted submarine warfare and the sinking by U-Boats of the US passenger ship, The Lusitania.

Then, the so-called Zimmerman Telegram, was intercepted by the British, in which Germany proposed to Mexico an alliance in return for which Germany would assist Mexico in regaining territories lost in the Mexican-American War. 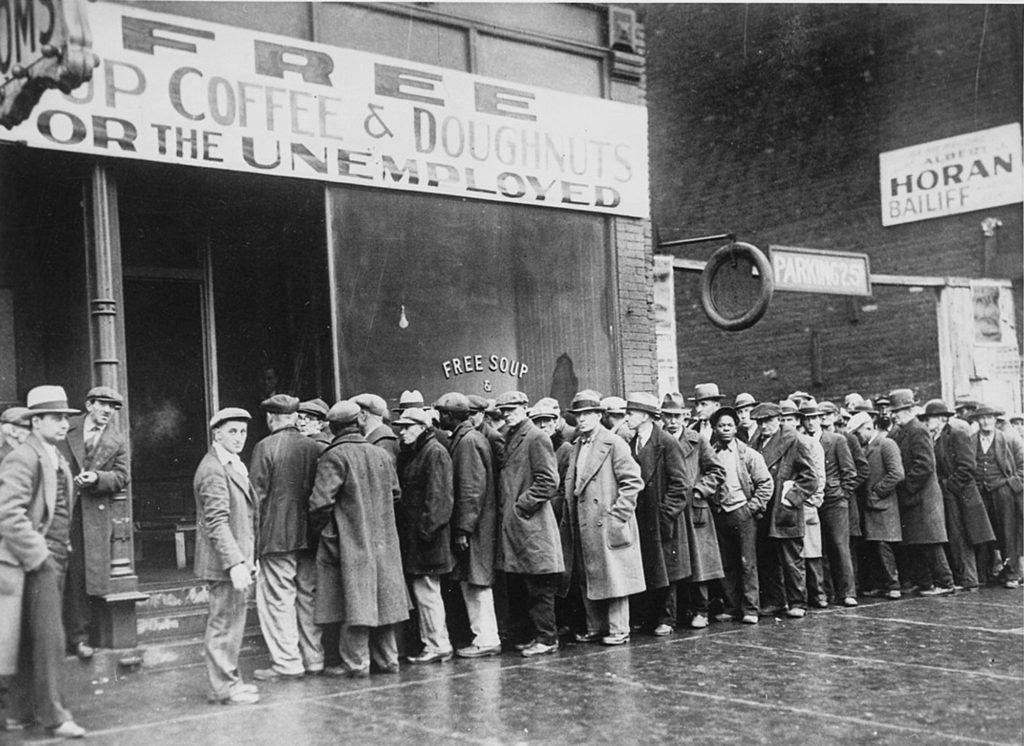 Unemployed queue for soup during the Great Depression

The Great Depression (1929-39) was the deepest and longest-lasting economic downturn in the history of the Western industrialised world. In the United States, the Great Depression began soon after the stock market crash of October 1929, which sent Wall Street into a panic and wiped out millions of investors. 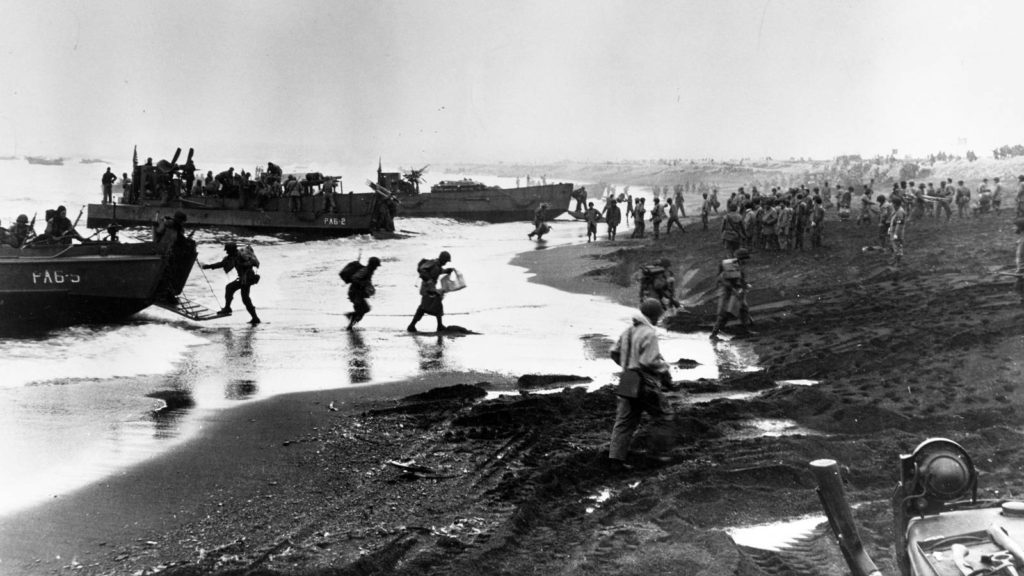 American troops undertook landings across the Pacific and in Normandy

However, the Second World War would change everything. America declared War on Japan and Germany following the attack on Pearl Harbour by the Japanese and went on to have a pivotal role in the eventual outcome of the war.

Economically this was a game-changer for the country and as the Cold War unfolded in the decade and a half after World War II, the United States experienced phenomenal economic growth. The Second World War had brought the return of prosperity, and in the postwar period the United States consolidated its position as the world’s richest country usurping Britain, the very country that had given birth to the USA.

A Brief History of Belgium